This is a last-minute notification, but we’re excited to invite you to join us for this talk! Tomorrow — Friday, July 24 — we’ll be hearing from Patrick Troutman, lead for human exploration strategic assessments at the NASA Langley Research Center, who will be presenting an Artemis Program overview. The talk will be streamed on Facebook Live, and we hope you’ll join us! 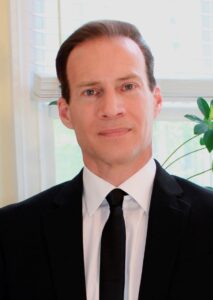 Patrick A. Troutman graduated in 1984 from Virginia Tech with a BS in aerospace and oceanographic engineering along with a minor in computer science. In the past 35 years he has worked for NASA designing and assessing the International Space Station, leading systems analysis related to future space scenarios including managing the NASA Revolutionary Aerospace Systems Concepts (RASC) program, helping to define the Vision for Space Exploration, leading the integration for the Constellation Program lunar surface architecture, and leading human space exploration mission design for the NASA Human Spaceflight Architecture Team and the Evolvable Mars Campaign. Patrick currently serves as the lead for human exploration strategic assessments at the NASA Langley Research Center where his current efforts include developing what the next set of activities for humans should be beyond the international space station including crewed missions to the Moon, Mars, and beyond.

For our fourth ROADS Freestyle subject matter expert, we had the chance to chat with Houston’s Mission Control!

Ben Honey is an Attitude Determination and Control Officer (ADCO) for the International Space Program at NASA’s Johnson Space Center in Houston, Texas. Before starting at NASA in 2009, he earned his bachelor’s degree in aerospace engineering from Embry-Riddle Aeronautical University in Prescott, Arizona. He also has a master’s degree in systems engineering from the University of Houston – Clear Lake. His duties in the Mission Control Center (MCC) include monitoring the Space Station’s guidance systems during mission operations, training new flight controllers and astronauts, and working on developing new procedures or flight techniques. Ben is also assigned as an integration engineer for the Commercial Crew Program and has been helping verify SpaceX and Boeing readiness to launch NASA astronauts to the ISS on the new Dragon and Starliner spacecraft. Ben has always loved space exploration, but his first love was astronomy and planetary science. He changed focus to engineering after joining the FRC (FIRST Robotics Competition) club in high school.

Ben shared several great videos during our chat. If you weren’t able to catch them, they’re all on YouTube.

Everything About Mission Control Houston

Space Station Reboost: The Inside Story

For this “Meet an Expert” chat, André Galli from the University of Bern in Switzerland joined us to delve more into planetary protection! Students had time for Q&A with André after his presentation.

Planetary Protection rules must be taken into account for every space mission to another celestial body. These rules are to prevent the contamination of moons and planets with micro-organisms from Earth. Additional safeguards exist to prevent backward contamination, i.e., bringing organisms back from other celestial bodies to Earth. This talk will present the development of Planetary Protection and how its rules are applied in current space research and exploration. We will also have a look at new initiatives that aim to expand the considerations behind Planetary Protection into a more general framework for sustainability on planet Earth and in space.

André Galli obtained his Ph.D. in space physics at the University of Bern, Switzerland, in 2008. Since then he has spent his time mostly with scientific research at the Netherlands Institute for Space Research and at the University of Bern, and to a lesser extent with physics teaching, long-distance running, and literature. His research interests are centered on the terrestrial planets, the Moon, ice moons and comets, and the solar wind. He is currently involved in NASA’s heliospheric missions IBEX and IMAP and in ESA’s JUICE mission to the icy moons of Jupiter.

For this “Meet an Expert,” we were honored to have astronaut Fred Haise of the Apollo 13 crew join us.

John Rummel, a senior scientist at the SETI Institute, joined us for an hour to talk, and take questions, on a subject that may sound very familiar right now — planetary protection. How do we keep Earth from getting contaminated by microbes from space? How do we protect other bodies in the solar system (Mars, for example!) from becoming contaminated by organisms from Earth? When the Apollo 11 astronauts returned from that first mission to the moon, they were quarantined for nearly a month in a special Airstream trailer. What does planetary protection look like in our modern era? John’s talk will cover the rationale for planetary protection considerations and its implementation during interplanetary journeys.

For our fourth (and final!) ROADS “Meet a NASA Expert” we were pleased to have Joanna Hogancamp join us. Joanna is a geoscienst working for Geocontrols Systems Inc at NASA’s Astromaterials Research and Exploraon Science (ARES) Division at the Johnson Space Center (JSC) in Houston, TX. At ARES, Joanna is part of the Mars research group and conducts laboratory experiments that aim to beer understand data from the Sample Analysis at Mars (SAM) instrument on the Curiosity rover. Joanna is a collaborator on the SAM and Mars Science Lab (MSL) science teams and is a Payload Uplink Lead on the SAM operaons team. Joanna received a bachelors in geological sciences from State University of New York at Geneseo and a Master’s of Science in geological sciences at The University of Alabama. Joanna is currently pursuing a Ph.D. in geology at the University of Houston and is studying maran surface geology.

Joanna’s talk briefly discusses methane detection on Mars, the current Sample Analysis at Mars (SAM) instrument on the Curiosity rover, and how our research in a laboratory at JSC works to understand and interpret evolved gases on Mars.

For our third ROADS “Meet a NASA Expert,” we were pleased to have Steve Ruff join us. Steve is a planetary geologist specializing in the study of Mars, looking at its history and the potential for past habitability. He has been an active member of the science team for Opportunity and is a member of the Mars Exploration Program Advisory Group to study the science benefits and requirements of a Mars sample return mission. He has expensive experience in laboratory investigations as well as field work that aid in the analysis of the data coming form various Mars missions.

For our second ROADS “Meet a NASA Expert,” we were pleased to have planetary scientist Briony Horgan join us from the Department of Earth, Atmospheric, and Planetary Sciences at Purdue University where she is an assistant professor. Her research program uses data from NASA satellites and rovers, along with lab and field work back on Earth, to understand the surface processes that have shaped Mars and the Moon. Briony is a participating scientist on NASA’s Mars Science Laboratory rover mission and a Co-I on NASA’s upcoming Mars 2020 rover mission, the first step toward Mars Sample Return.

The surface of Mars is the frontline in NASA’s search for life beyond Earth, and NASA has devoted three generations of robotic, semi-autonomous rovers to this search. Through the efforts of the scientists and engineers behind the Spirit, Opportunity, and Curiosity rovers, we now know that Mars hosted watery environments that may have been habitats for ancient life 4 billion years ago. The next step is the Mars2020 rover, which will search for signs of ancient microbial life on Mars and collect samples to return to Earth. Why is this search important, and how much can these robotic geologists do alone? There was Q&A with students after Briony’s talk.

For our first ROADS “Meet a NASA Expert,” we were joined by Jim Rice, an astrogeologist and a Mars Exploration Rover Project scientist.

The Red Planet, Mars, has always held our fascination, more so than any other planet. The very word “Mars” conjures up visions of Martians as well as great voyages of exploration in our imagination. What was once a distant, mysterious, cinnamon colored orb in our night sky is now literally a New World that we are currently exploring with rovers and landers on the surface and orbiters from above. These robotic missions are the pathfinders for future human missions. And at some point humans will make Mars our second home in the Solar System.

Jim’s presentation discussed the major discoveries that have been, and are now being made, about Mars by our robotic missions. Jim also discussed the dangers, challenges, and plans for human missions to the Red Planet. There was Q&A with students after the main presentation.

For our final “Meet a NASA Expert,” we were joined by Monica Vidaurri, a science consultant specializing in astrobiology and political science at NASA Goddard Space Flight Center. Monica’s science research focuses on the atmospheres of exoplanets and the extent to which life can exist or arise on a given planet, while her policy research focuses on diversity and inclusion, science representation in Congress, planetary protection and bioethics, and NASA mission budgeting. There was time for a Q&A after Monica’s presentation.

(For more about astrobiology, check out this YouTube video Monica recommended!)